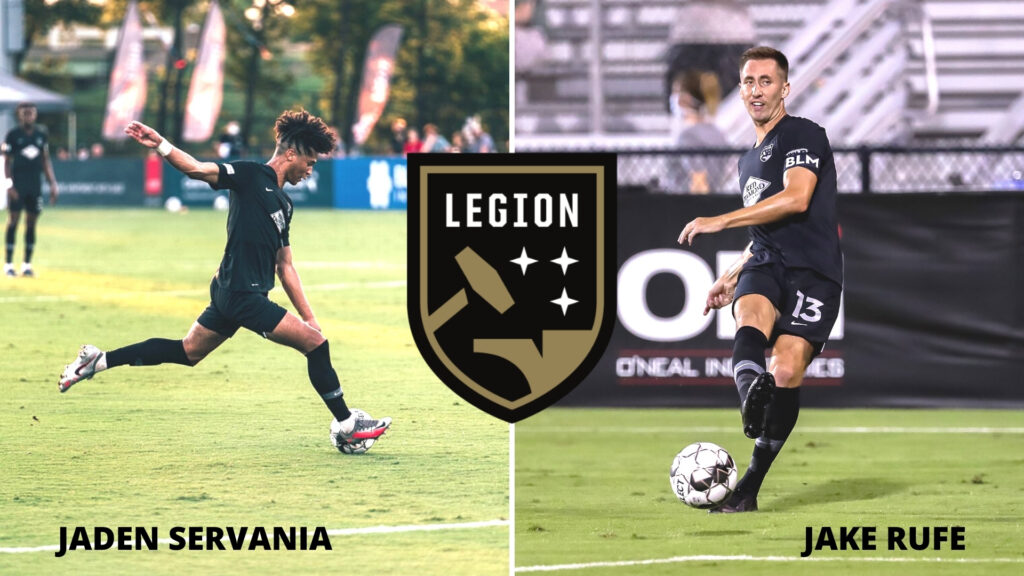 Congratulations to Jaden Servania and Jake Rufe, two former Steamers who both got starts for the Birmingham Legion this past week, as the USL returned to play. Both were instrumental in the Legion getting off to a 2-0 start for the season.

Jaden played for Coach Luke and Steamers 01’s before moving to the FC Dallas Academy. He is on an Academy contract with the Legion, which leaves him eligible to play collegiately for Wake Forrest. He started at forward in the Legion’s home win over Memphis, and came on in their second win in South Carolina.

Rufe, a Huntsville native, played his last two years of youth soccer for Coach Pat Flinn and Steamers 96 Black. He was named Gatorade Player of the Year for Alabama his senior year. He played at Western Michigan, after one year at Indiana. He started at right back in Sunday’s win at Charleston, and came on in the first game as well.

The Legion is back in action this Saturday night at home vs the Tampa Bay Rowdies.

Congratulations to them both, as well as Steamers 98 alumni JJ Williams, for getting some minutes for Atlanta United in the MLS Is Back Tournament in Orlando.